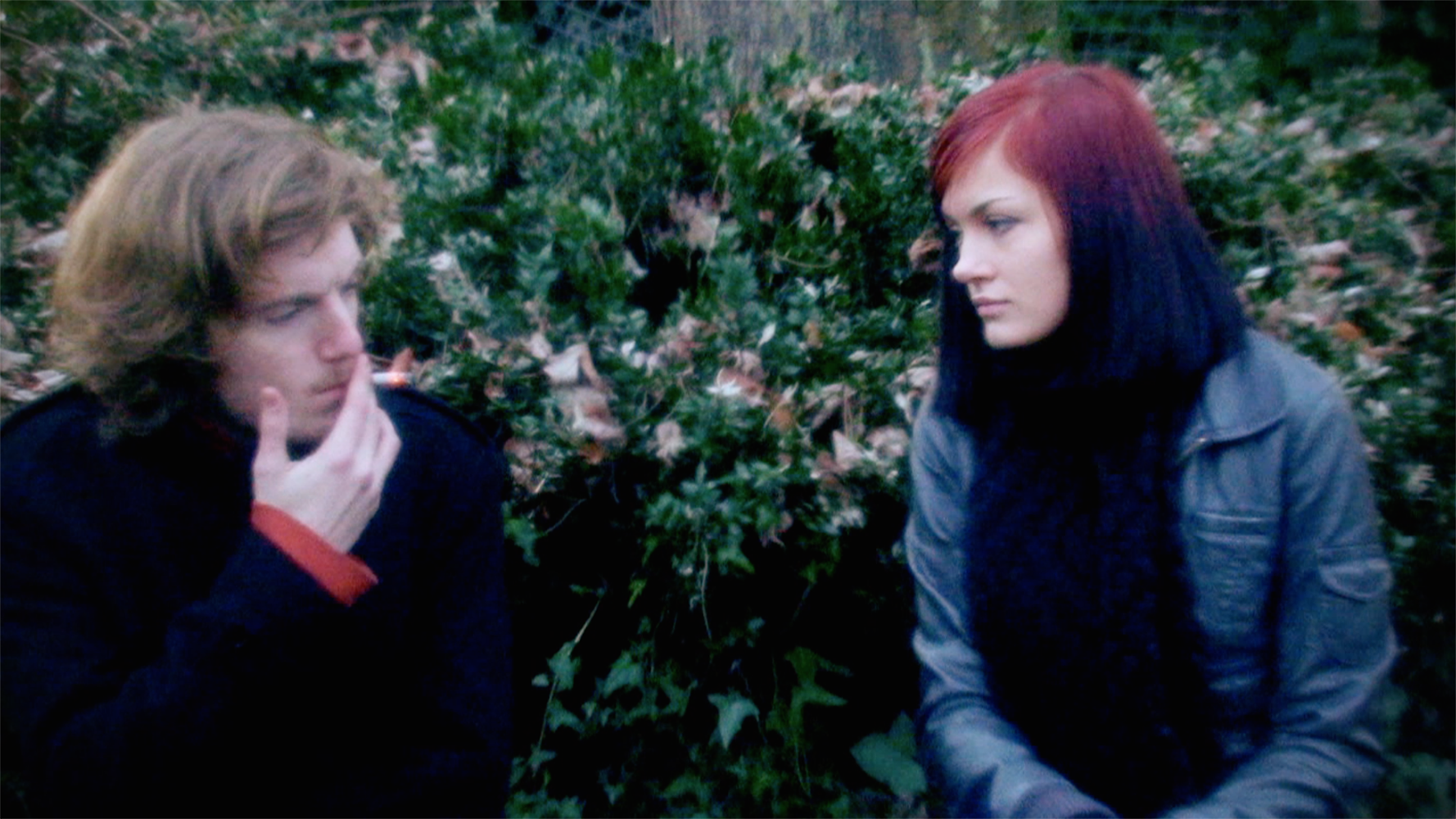 Rouzbeh Rashidi breaks “the rules.”  The rules do not exist except for those who choose to follow them, who seek a career in mainstream commercial filmmaking with its formulaic, predestined plot constructions and easily decipherable characters.

Unlike the typical character of Hollywood cinema whose central and usually simplistic “problem” is revealed in the opening scenes and then progressively developed and solved by the end of the film the two characters, a young coupe, a man and a woman (Husband? Domestic partner?) in Bipedality remain opaque, distant and ambiguous from beginning to end.  They speak voluminously yet by the end of the film you are left in doubt on a whole variety of levels. You remain uncertain as to what is the exact their exact nature is or what the precise dynamics of their relationship has been and is currently.

And most significantly you remain uncertain as to what exactly the young woman’s relationship is to the event that she and her male companion are talking about in the opening, long dialogue scene at the beginning of the film and again more ominously in the dialogue scene at the end.  The subject of this long conversation, presented frontally and without the dramatic underlining typical of Hollywood, is a woman and her search for her missing five-year old boy.  They speak of the tragedy of the event, debate the likelihood of the child’s ever returning and explore their own feelings about having a child.

The following long dialogue scene delineates the man’s attempts to get his companion to have sex with him and her unwillingness to do so.  No clear reasons are given for this.  Her reactions to his suggestions of a couple’s counselor—that nothing is wrong with her—and the later revelation that she takes “pills’ for some problem, suggest that perhaps she has some kind of emotional issues but again this is purely circumstantial and presently subtly enough that it is entirely possible that I am reading something into this dialogue that isn’t necessarily there.

In the final dialogue scene the troubled woman tells the man that she knows something about where the boy is but that she has to tell the mother herself.  She refuses to give him any additional details when he questions her and mixes up her accounts of the missing boy with an incident from her childhood where she was lost in the woods with her brother.  The film ends with the two of them embracing in the woods and though this scene is suggestive and resonant no firm conclusions can be drawn.

Thus far my description of the film has been misleading, focusing as it does exclusively on the dialogue scenes.  However, the films begins with a long tracking shot past industrial looking locations and then out into a more natural environment.  The dialogue scenes are interrupted and alternate with scenes of natural environments, beautiful, expansive and mysterious – and with no clear relation to the two characters and their lives.

These images of nature have a sense of mystery and amplitude, fullness and expansiveness that provides a marked contrast to the apparently constricted lives of the young couple.  It is an intimation perhaps of some dimension of existence, of relating to the world that is missing or lost. Again, nothing is spelled out, it is simply juxtaposed, intertwined, evoking an ineffable apprehension of a world too complex and irreducible to be rendered in the terms of simplistic Hollywood plot mechanics.