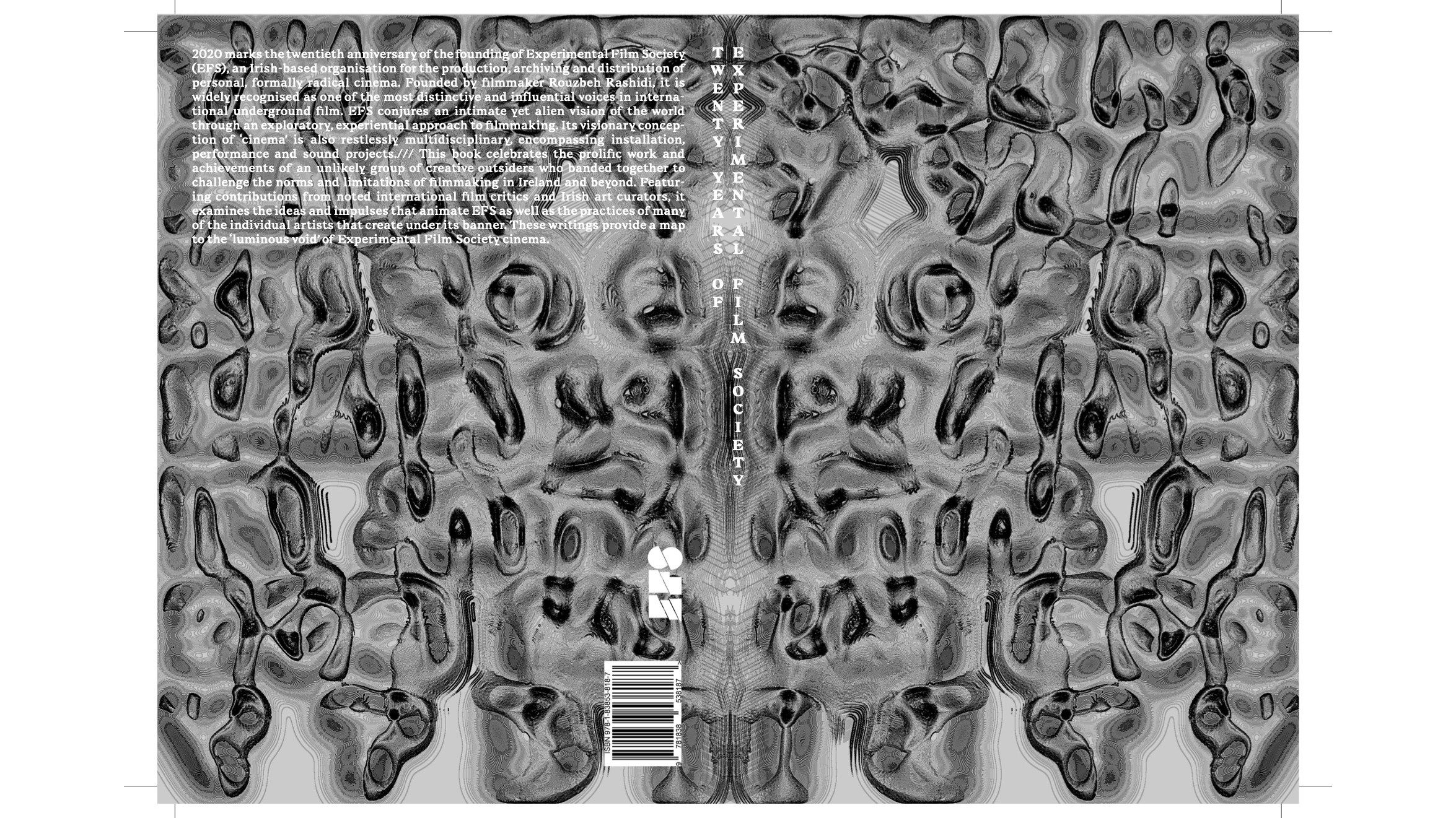 Luminous Void: Twenty Years of Experimental Film Society marks the twentieth anniversary of what has been acclaimed as “the most active, prolific and intrepid group of experimental filmmakers working in Ireland today” (aemi).

Experimental Film Society is an Irish-based organisation for the production, archiving and distribution of personal, formally radical cinema. Founded by filmmaker Rouzbeh Rashidi, it is widely recognised as one of the most distinctive and influential voices in international underground film. EFS films conjure an intimate yet alien vision of the world through an exploratory, experiential approach to filmmaking. In blazing a unique and defiant trail through the landscape of contemporary Irish moving image, EFS has become synonymous with a stubbornly independent way of operating in complete freedom at the margins of film culture and the outer limits of cinematic creativity. EFS filmmakers include Rashidi, Atoosa Pour Hosseini, Vicky Langan, Maximilian Le Cain, Michael Higgins, Jann Clavadetscher, Shelly Kamiel and Chris O’Neill.

Luminous Void: Twenty Years of Experimental Film Society celebrates the prolific work and achievements of this unlikely group of creative outsiders who banded together to challenge the norms and limitations of filmmaking in Ireland and beyond. Featuring contributions by noted critics and curators from across the globe, it examines the ideas and impulses that animate EFS as well as the practices of many of the filmmakers associated with it. It includes texts by Adrian Martin, Nadin Mai, Matt Packer, Pluck Projects, Sebastian Wiedemann, Sarah Hayden & Paul Hegarty, Azadeh Jafari, Vahid Mortazavi, Zulfikar Filandra and expert EFS scholar Nikola Gocić. These writings provide a guidebook to the imposingly vast ‘luminous void’ of Experimental Film Society cinema.

*To order Luminous Void: Twenty Years of Experimental Film Society, please use the “Buy Now” button below. It is priced €20 + p&p (Europe €7, outside Europe €10). 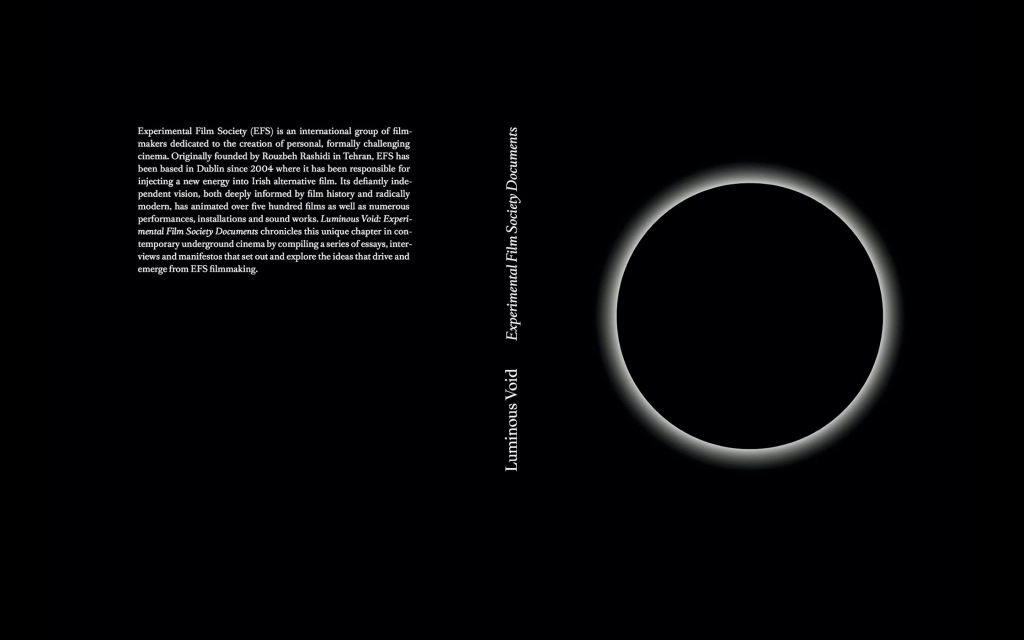 The book Luminous Void: Experimental Film Society Documents is now available! Edited by Rouzbeh Rashidi and Maximilian Le Cain, it chronicles the history of Experimental Film Society (EFS) by compiling a series of essays, interviews and manifestos that set out and explore the ideas that drive and emerge from EFS filmmaking. It includes new texts by renowned film critic Adrian Martin, and by Alice Butler & Daniel Fitzpatrick, the curatorial team behind aemi (artists and experimental moving image) who describe the book thus: “This is the kind of book which belongs in the homes of artists,  filmmakers, critics, programmers, curators and fans, encountered years from now well thumbed and returned to again and again; as much a source of inspiration or a space for reflection on cinema and its ineffable power as a manual for uncompromised creative practice.” The book, LUMINOUS VOID: EXPERIMENTAL FILM SOCIETY DOCUMENTS, is sold out. It is now only available as an eBook version (PDF). To order an electronic copy, please use the “Buy Now” button below. It is priced €10.