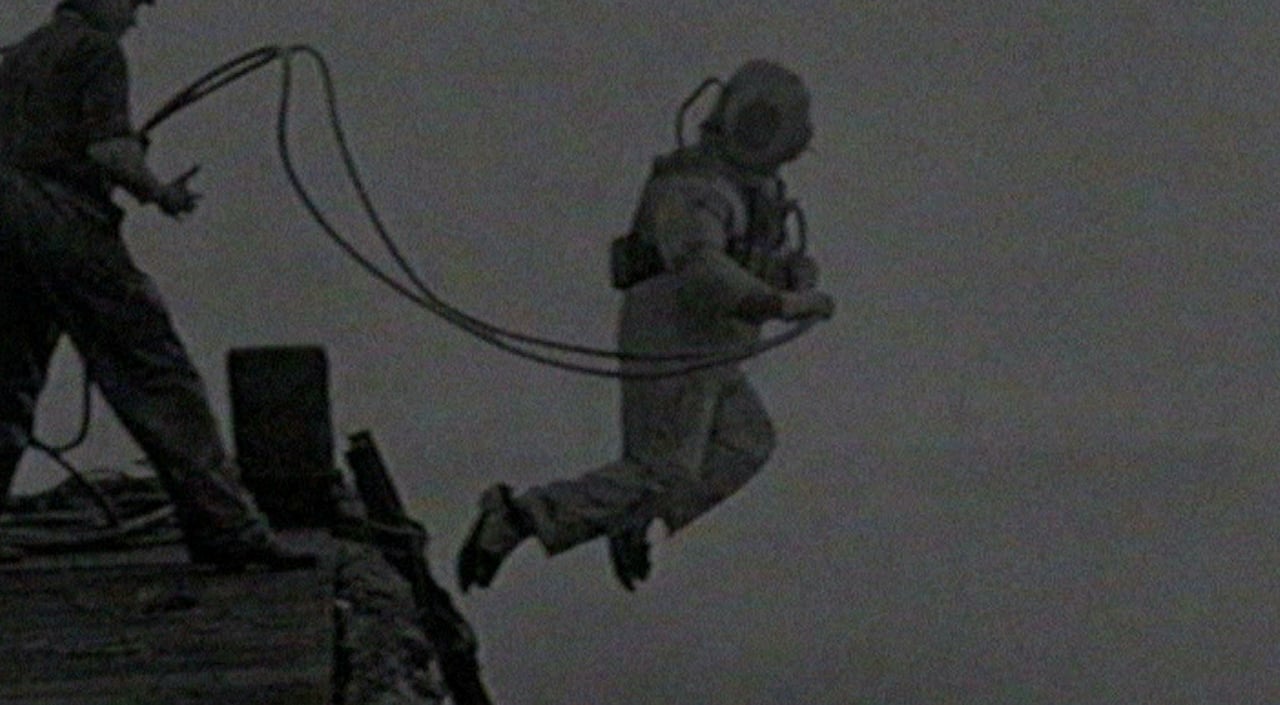 Lately, I’ve had a recurring vision: to make a video as someone from another planet. I’ve also been thinking that there’s a lot in this cinema that’s ritual, that offers the conditions for a ritual to take place when it starts to occur. A film that is a ritual and which proposes a ritual, like an expanded cinema which is another expanded cinema. One which expands itself through the images towards the spectators. Which establishes a connection between the screen and their brains, a union I like to visualize as an organic cathode ray tube of millions of colours or greenish, vibrant, terrifying but taking me where it wants me to go. Damp Access offers these possibilities in a way that contains a very important balance between cinema of the fantastic and experimental cinema. I’m particularly interested in this mixture of genre cinema (its tempo, its structure) and experimental cinema. Among them, you find a knot formed of expectations related to film drama. Then the images that follow each other create temporal spaces that escape the rules of the consumer industry and create a whirlpool in which experimental cinema forecfully appears. This intermittancy between the two ‘ways’ of filmmaking is fundamental in bringing the film to life.

Le Cain’s film is a tunnel and to look back is not to enjoy a future world of red lights, nice plants, anxieties. Again, the table and its composition return in order to close the journey. The road movie is circular, the flickering fan provokes less of a sensation the more it appears. What is there after the efectisms? What remains is the film as it is. Access from this waiting room invokes a future, the cinema of space travel. Are these films road movies? The stars in deep space hardly move… Then suddenly life is frightening and mysterious, from between black and white surges tarnished light that is suffocatingly red, the mind hatches images, it composes a totemic film radiant with solitude and mystery.

About The Author:
Jorge Núñez is a Filmmaker and founder of Pantalla Fantasma Film Festival in Bilbao, Spain.