Dreamplosion Inside the Cloud of Skin 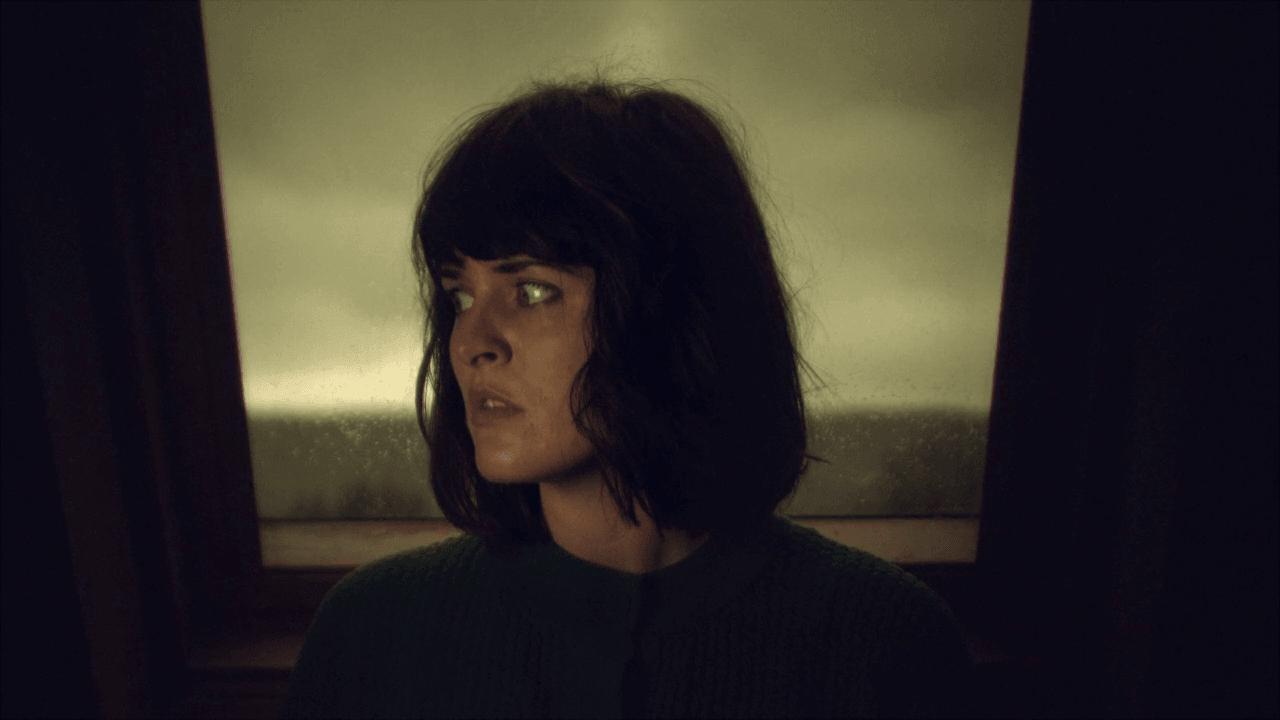 A series of thoughts, images, and sensations collapsing violently inwards in a person’s mind during the active watching of films emerging from the workshop of Experimental Film Society (hereafter, EFS).

This fictitious word and its paronyms are particularly suited to address two features by Maximilian Le Cain – one of the most prominent filmmakers of the Irish underground scene who has made over ninety shorts for the last decade or so. During this period, he has earned the title of EFS Solipsist (Donal Foreman) and his works has been called “the most depressing and navel-gazing” (by curator Sarah Iremonger). However, he has always been following “a truly poetic impulse” and has never stopped “taking cinema apart to put it back together again”, thereby opening “people’s eyes to the strangeness of life”, to paraphrase excerpts of his own meditation on moving image.

Both Cloud of Skin (2015) which marks his (solo) feature-length effort (it should be noted that he has co-created several “feature diptychs” with fellow auteur Rouzbeh Rashidi), and Inside (2017) which he co-directed and co-starred with his long-time collaborator Vicky Langan depict life as we (pretend to) know it imbued with a fair share of strangeness, simultaneously intimate and detached, real and surreal. These films channel his uncompromising attitude towards cinema “as something that is still being invented” and, in a sense, represent daring leaps into the “luminous void”; they are crucial parts in an elaborate exploration of the most hidden depths of human subconsciousness.

Opening with an old postcard (of beach crowded with boats) burning under the dense layer of sooty, brooding, hypnotic drones (many kudos to Karen Power), Cloud of Skin soon pushes the viewer into the unknown and incomplete world of highly fragmented dreams, memories and hallucinations shared by the creator himself and his creations – the trio of enigmatic characters. Initially, we are introduced to a young man haunted by the memory of his ex-lover (as noted in the official synopsis and as seen in the eerie, distorted second shot) and accompanied by an invisible force and sounds of busy traffic, as he strolls through the woods. Suddenly, we are taken to the suburbs – a familiar setting looking as if it were captured by an alien camera – only to realize that our fall through the mentally-disordered-rabbit hole has already begun.

Several minutes afterwards, the second protagonist (ex-lover) enters the scene – a blind woman (in a costume that’s somewhat reminiscent of the one worn by Isabelle Adjani in Roman Polanski’s Le locataire, 1976) stands in front of the mirror revealing a room furnished by Lynchian standards. That paradoxical juxtaposition might be the indication of our own position – we are (figuratively) deprived of sight in order to be empowered with visions beyond our understanding. In those visions, we meet a girl who could be a figment of the man’s imagination, the cause of the abovementioned couple’s split-up or the emanation of the blind woman’s desires which virtually means that the third character does not even exist. The former and latter assumptions are closer to the truth, considering that the lovely lass often appears as a ghost possessing a grainy, cam-like projection. Which doesn’t render the other two any more tangible, even though some of their actions or rather, states are more (yet not firmly) grounded in reality.

Speaking of reality, it seems to be broken into at least three components – subjective, introspective and constantly disintegrating unrealities that correspond with various colorizations (black and white, faded and over-saturated colors), as well as with the changes in format that also suggest tumultuous inner workings. The harrowing, labyrinthine nightmare thereof is built upon its own disorderly logic, with physical places and human beings turned into the abstract concepts and notional phantasms, respectively. It doesn’t tell much (in fact, it stubbornly refuses to convey information by way of the mainstream cinema), it simply IS in its infuriating, yet inspiring and intriguing impenetrability that destroys our preconceptions of a motion picture, while imploding, pardon, dreamploding into itself. Unlike most of puzzling films, this non-narrative, dialogue-free and formally challenging nightmare called Cloud of Skin does not tend to get clearer through repeated viewings, but it does provide an inexpressible experience via the jarring fusion of uncanny soundscapes and associative imagery.

Technically tighter and more accessible than its ‘Zwartjes meets Menkes’-esque predecessor is a moody and elusive psychological (mono?)drama Inside which proves that Langan and Le Cain have come a long way since their earliest experiments in light and sound. A significant step forward in their artistic evolution, this dissonant, wordless and deeply melancholic lullaby is in equal measures evocative and alienating, its echoes entangled in dewy spider webs, glued to window glasses and absorbed by lush vegetation surrounding the home of an unnamed, isolated and perturbed heroine (portrayed with quirky, magnetic intensity by Langan herself).

It defies any attempt to be properly categorized, let alone be pigeonholed into a definition, so take the following comparison(s) with a grain of salt: think Tarkovsky or Sokurov by way of Garrel or Duras with hints of self-denying performance art and you might get the slight idea of what to expect from it. Revolving around the elaborate transformation of a young woman’s anxiety into depression (personified by Le Cain at his most sullen), Inside leads us to the nethermost regions of her psyche and erases the boundaries between her ever-growing delusions and increasingly dissolving reality. On the other hand, she could be a fairy from Tír na nÓg who somehow got trapped in (the cinematic simulacrum of) our world and is now spiraling into despair after realizing that she is unable to re-enter the mythological realm. Or maybe she symbolizes the artist’s feminine side, which is why this film feels gentler than his previous works…

Whichever hypothesis we choose to stick with, we will easily find that the male character stands for some sort of burden and that with his unannounced coming into existence, the delicate fabric of the woman’s shattering universe gets progressively thinner. The slow process of her mind’s evaporation is exquisitely conveyed through the incongruity between the ambiguously minimalist aural narrative (composed by Vicky Langan and Declan Synnott) and oneiric visual disruptions, such as recurring déjà vus, blurry, through-the-glass shots and disquieting flicker effects (Le Cain’s favorite device). An important role in the very same process is played by the wisely chosen location of a beautiful cottage tucked away in the greenest of countrysides (by virtue of Michael Higgins’s color-grading) – an idyllic scenery rendered mysterious and poisonous by Dean Kavanagh’s cinematography.

Also praiseworthy is the deliberately anti-cathartic ending – a poignant close-up of the completely broken woman in extreme slow-motion long take that epitomizes dreamplosion.