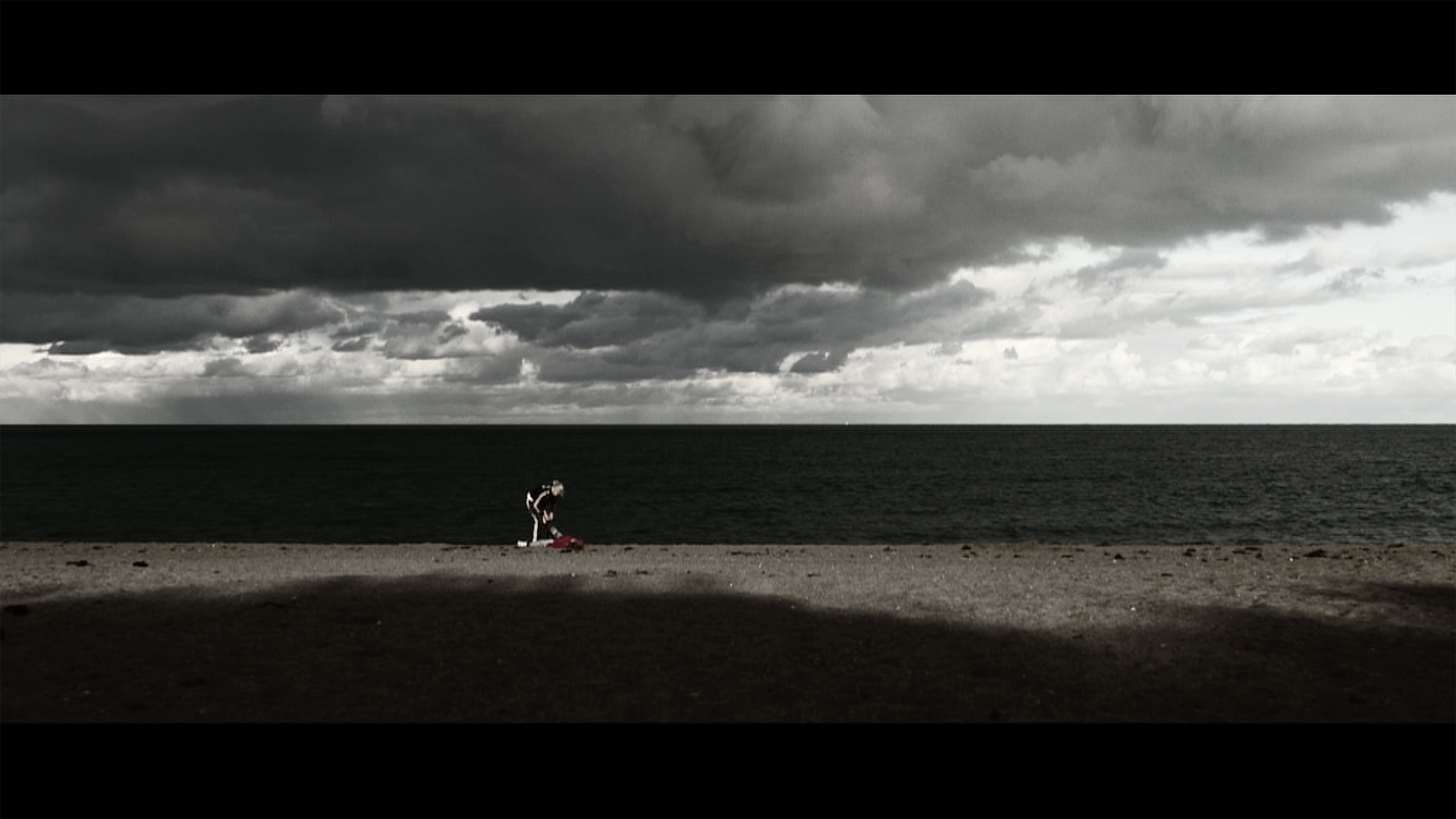 History of Water was shot on the Sony PMW-F3, Canon EOS 5D MarkII, Canon 550D and Canon Legria HF S10. The film was originally planned to shoot entirely on Sony F3 however this was not as compact and lightweight as other cameras.

Various sequences in the film were re-captured from monitors/CCTV or from projection. Many old Polaroid’s from the 60’s/70’s were unearthed and shot with a heavy zoom on a Sony DCR- DVD203E handycam. These were later played back and captured from a monitor creating heavy noise and movement.

Several pieces of footage were shot, cut and exported to an external device for playback. Footage was shot a stop over/under to take into consideration additional light when recaptured from a monitor to get a desired effect. The picture profile was also altered during the re-capture.

Materials were often placed in front of the lens in an attempt to build more texture to the image. One such process involved covering a rag in olive oil and leaking it down a wall that was being projected on. Kelvin level was also an interesting factor; altering the level of the active camera to tint the level of the playback (placing lamps, candles or leaving house lights on during re-capture had interesting results).

A slider and magicball head were used to replicate track and dolly movement, in other circumstances I sat in the boot of a car with the camera on my lap and filmed the moving character.

The film was shot to a crop of 2.35:1 and a letterbox was applied in post. Jumping between the Super35mm Exmor CMOS sensor, full frame CMOS and APS-C created minor issues when crossing lenses using the widescreen crop. Though not a major issue, when moving down from 5D to F3 and then to 550D some of the focal lengths were naturally lost leaving everything to be judged and corrected by eye.

Various picture profiles were created prior to the shooting in an attempt to match the footage brightness/contrast/saturation/gamma settings in preparation for a small grade in post. The sharpness settings were dialled down and the contrast was brought down to a minimum. The grade/colouring process was rather straight forward- just slight pushes here and there.

For sound a Roland field recording kit, a Zoom H4n stereo recorder along with a Sennheiser G3 wireless system with rifle and lapel mics were used. Many sounds were also gathered and sampled from various sources and heavily manipulated using a combination of ProTools, Soundbooth, Audacity and Mixcraft. I used various guitar/synth plug-ins/pedals and applied them to natural sound and score. I then exported these mixes for FCP 7 where I cut the image and played further with the sound and FX until I made the final print.

Thanks to Three Rock Media for the equipment.