Four Is To Three 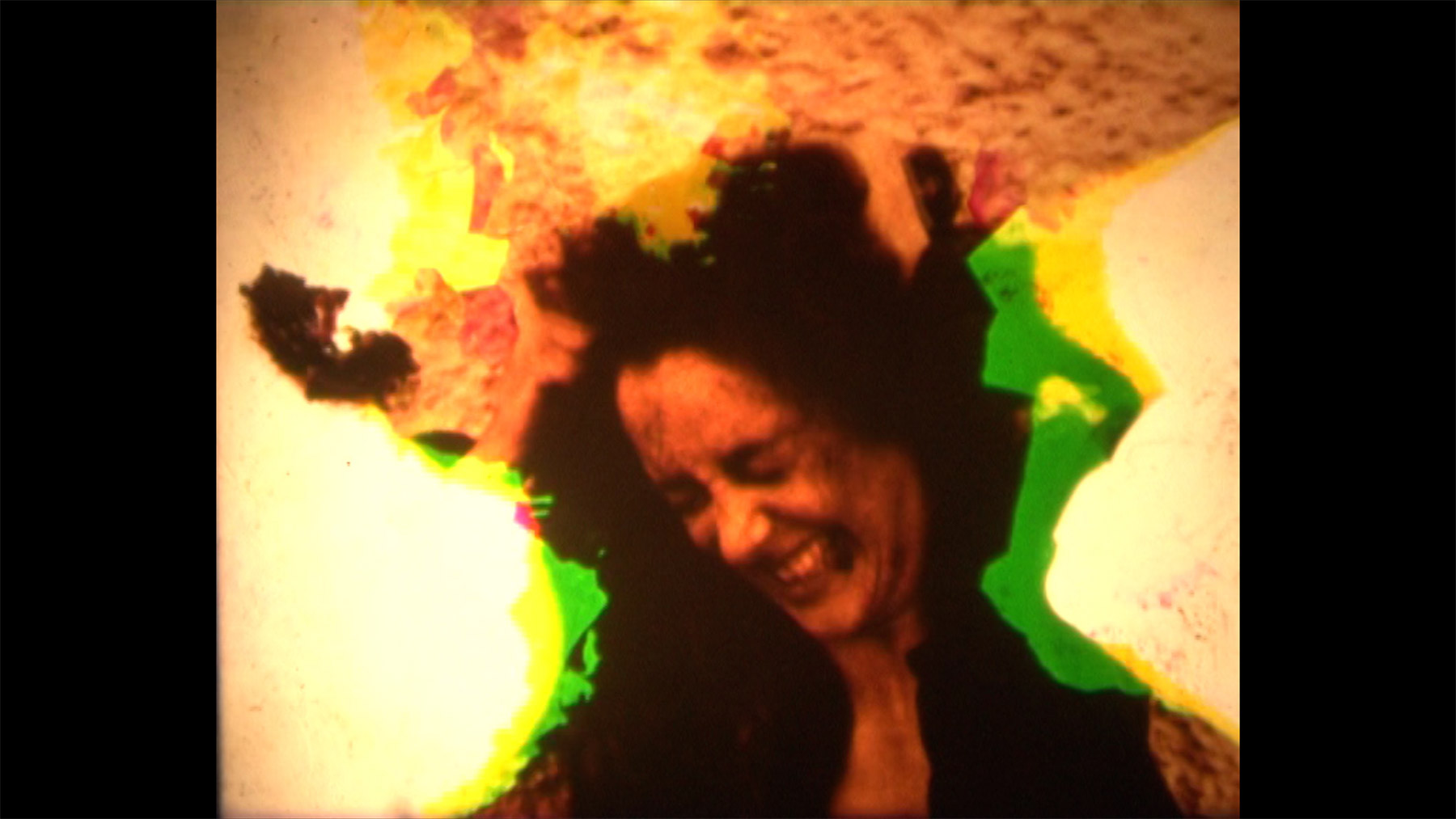 In 1996, Frank Stapleton released his short film the Poorhouse for broadcast on television. The story is set during Ireland’s famine era, in the seven years following 1845. It portrays the relationship between an ageing gravedigger and a young girl who are marginalised by life in a rural workhouse. Stapleton based the Poorhouse on a short story by Cavan-born writer Michael Harding. Excluding its 1996 appearance on RTÉ, the film was seldom shown in public. In 2011, filmmaker Michael Higgins excavated a number of Stapleton’s 16mm reels while digging the ground near the Ringsend Peninsula. He reconstructed the decaying film into useable material, sequencing a new work entitled the Poorhouse Revisited. This reimagined film persistently drifts into swathes of cracked emulsion, distended edges and burning smears of luminescent yellow. The years festered on the edges of Stapleton’s reels, and had begun to bore their way into the film’s central scenes. And so, the story opens in a rolling wave of rot.

The Poorhouse begins in one of nineteenth century Ireland’s ‘big houses’, an extravagant plantation belonging to a wealthy landowner. A local doctor arrives to the house, and the owner leads him to a pregnant and half-starved servant locked in a broom cupboard. The two send the girl to the nearby workhouse; a short time after arriving, she is raped, beaten, and sent to pile rocks in the men’s yard as a punishment for her pregnancy. At this point, Michael Higgins begins to extract his footage. He focuses on minor incidences, slowly organising the motion of the actors’ original performances, and manipulating ambiguous segments of film until all physical motion becomes next-to-static. A shot of two men turning a lever stretches out for an age, reiterating their passing stares in a permanent moment of suspicion. Nearby, the gravedigger meanders through the yard with his wooden cart, heading towards the field.

In a ten-minute scene, the girl stands beside a washing line. Her legs have frozen, as though each frame of their motion can only pass when melting into the next one. Her hair succumbs to physical degrading in the film, alternating between crisp monochrome greys and deep muddy blacks, polluting the air near her head with a pulsing, bleeding darkness. She is eventually swallowed up by a thick slit in the film’s emulsion. A closing sequence charts her deterioration into a state of catatonic madness. Her agitator goes unseen, but can only have grown from the hollowness of the workhouse, its shredding of the outside world’s ordinary personal dignities. The gravedigger is unable to help her in any meaningful way, and the rotten emulsion has begun to warp its way across the entire reel, like an incandescent species of seaweed. In a yellowed clip, the old man cradles the girl’s shaven head in his arms, and cleans her feet and wrists with a small white rag. She is laid out on his worktable. He washes down her whole corpse, and ties a black ribbon around her neck.

Michael Higgins’ visitation of this material is a way of treading through shards of rescinded memory rather than storytelling for historiographical purposes. In a discussion at the Joinery on 20 January the story’s author, Michael Harding said that the famine had a massively damaging effect on Irish cultural memory, and on the Irish public’s relationship with dignity and sexuality in ordinary life. In his research, Harding discovered an archive of documentation about a poorhouse in Lisnaskea, Fermanagh, which recorded basic facts about that town’s workhouse; details about the kind of materials that made up the women’s frocks, what kind of laces they put into their shoes and the size and geography of the hospital shed for people with fever. A separate meaning floated to the surface after he had finished writing. To Harding, the piece represented a way of saying that nineteenth-century Ireland’s walled-off mansions helped weathly land­owners to ignore the famine while was happening. And, that in the following century, the same plantations helped their new inhabitants to systematically forget the shame of having grown up in poverty. Consequently, Harding felt that those houses had rotted away at the Irish psyche, and are still “eating the anima” from us.

Harding went on to say that many of the rural workhouses that characterised both Ireland’s famine and the face of Irish-speaking society during the nineteenth century, had been allowed to fall into disrepair. He recalled that when Frank Stapleton shot his film in Bawnboy during 1995, the crew worked to return the town’s workhouse to a resemblance of its condition during the famine. They suggested that the local community could preserve the building as a museum, or at least as a site of remembrance. It wasn’t preserved. In the months following, ivy covered over the building and swallowed up its memory again. For the most part, the Irish public’s regard for the famine has developed through a staid schoolbook presentation of its historical occurrence and its relationship to nationalism. That distance curtails its impact as a massive, multifaceted humanitarian disaster – as a case study in malice. , and the recollections of Michael Harding on 20 January gave a better characterisation of the utter bloody cruelty of the workhouse, and the silenced, gradual violence that it instigated. After all, what kind of place needs a full-time gravedigger?

This question drags out a long thread from the Selected Stories programme. Only the worst kind of sanctuary could fully occupy a man with getting rid of people. And although the job certainly did exist in Ireland’s workhouses during the 1850s, the gravedigger’s presence in these stories plays a larger part than is instantly apparent. Between the ministrations of this old man, we can see the difference between two kinds of reality. The first, made from staged approximations of history that bond the memory of experience to what is already understood as fact – this version of reality feels right, but is ultimately believed by preference. The second is a real reality. This one avoids rendering life into acts that represent a larger truth; instead, it is occupied with boring objectivity and the cold light of day. It is inescapable. The Poorhouse Revisited comes into the full fold of the Selected Stories mantra through the fact that Michael Higgins began his work by literally digging up a film about a famine-era gravedigger. Although this story is certainly true, its poetic resonance is almost too perfect. It unites those two approximations of reality, and presents a conflict between mistrusting and being jealous of the ‘truth’, but being generally impressed with the feeling of what is right and appropriate. Perhaps that is a suitable way to close the door on Selected Stories; the idea that remembered reality primarily develops out of how ‘we’ feel about reality. If art wants to represent reality, then the question of how realness is felt becomes deeply problematic, highly useful, and totally unavoidable.