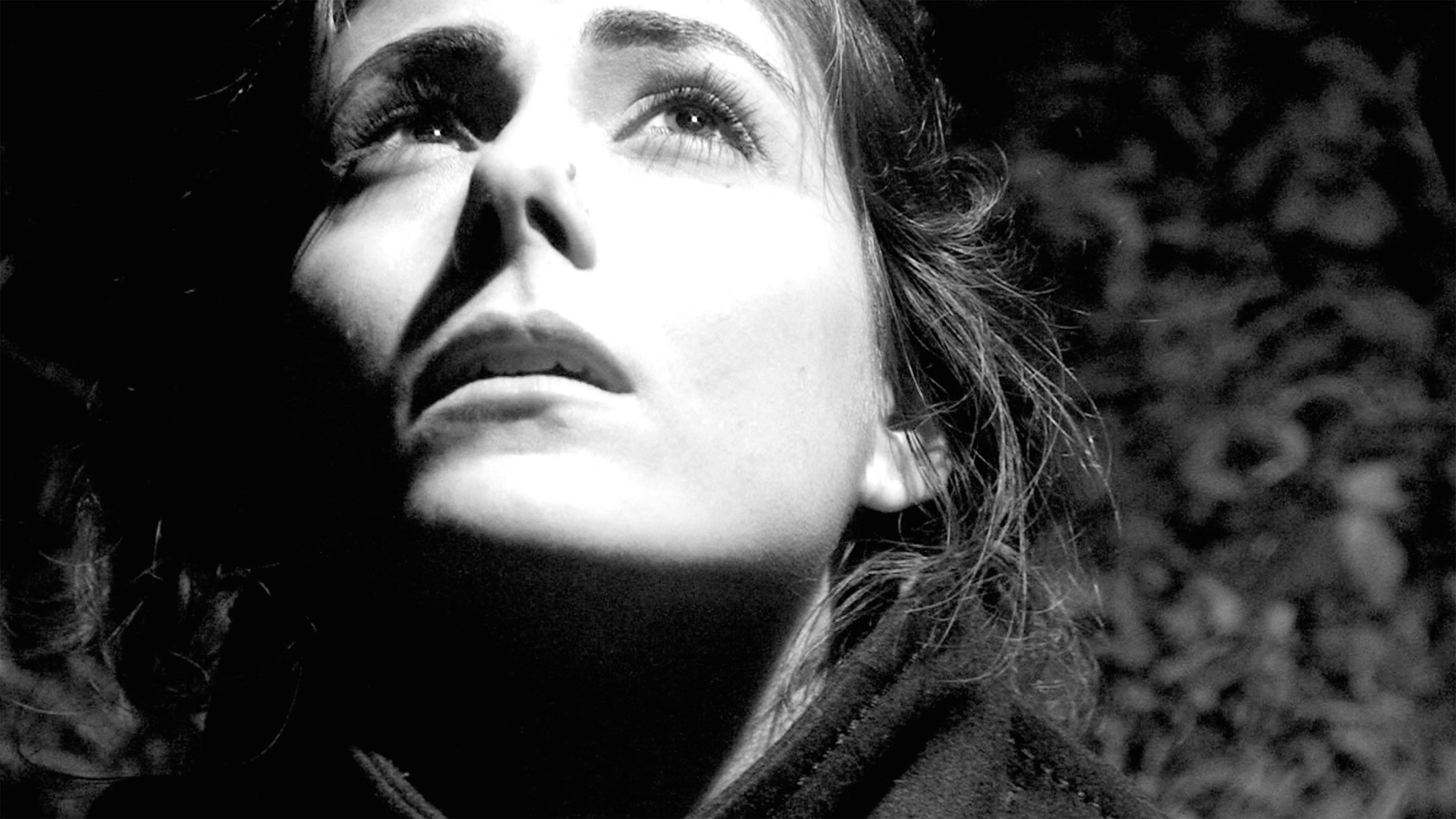 Only Human, Only Cinema … By: Bill Mousoulis

The emerging Iranian-Irish filmmaker Rouzbeh Rashidi actually seems to get closer to this fine line between “experimental” and “narrative” than any other filmmaker known to me.  And this is no mean feat – it requires great nerve, and good verve.  True artists are those who not only envision something particular, but who also go after it with energy and passion.  And Rashidi is obviously in his groove at the moment, making many films, developing his vision.

His feature Only Human (2009) is my favourite of his works.  A B&W film, it begins with a dreamy documentary sequence along a strip of apartment houses next to a river, the houses reflected in the water.  Fireworks are in the air.  A young teenage couple look for a quiet spot to kiss.  Without music, Rashidi creates a poetic effect, a subtle gliding into the human soul no less, as the combination of environment and human motion speaks to us, the viewer.  As well as a minimalist experimentalist, Rashidi is a realist:  his vistas resonate for us because they are known, they are real, they are “human”.

And so the film progresses and we are given mini-portraits of a number of people.  Or maybe one should say “maxi-portraits”, for the glimpses we get, small as they are, have a “large” quality … in the gaps in the phone conversations, in the glances of the eyes, in the stuttered walks … in these things, we feel these people’s lives, what they are living through.  Humans connect, and misconnect.  Life is heavy.  It rains.

Bleak?  Yes, and no.  Just as in Bresson’s cinema.  Rashidi is like a 21st century Bresson, painting pictures of the human soul in a clear, clean, “pure” way.  As he concludes this film of his with lengthy shots of trees swaying and clouds drifting over a full moon, one thing is clear:  “the answer, my friend, is blowin’ in the wind …”

Bill Mousoulis is a Greek-Australian independent filmmaker and critic, based in Europe (Greece). Since 1982, he has made over 90 films, including nine features. In 1985 he founded the Melbourne Super-8 Film Group and in 1999 founded the online film journal Senses of Cinema.