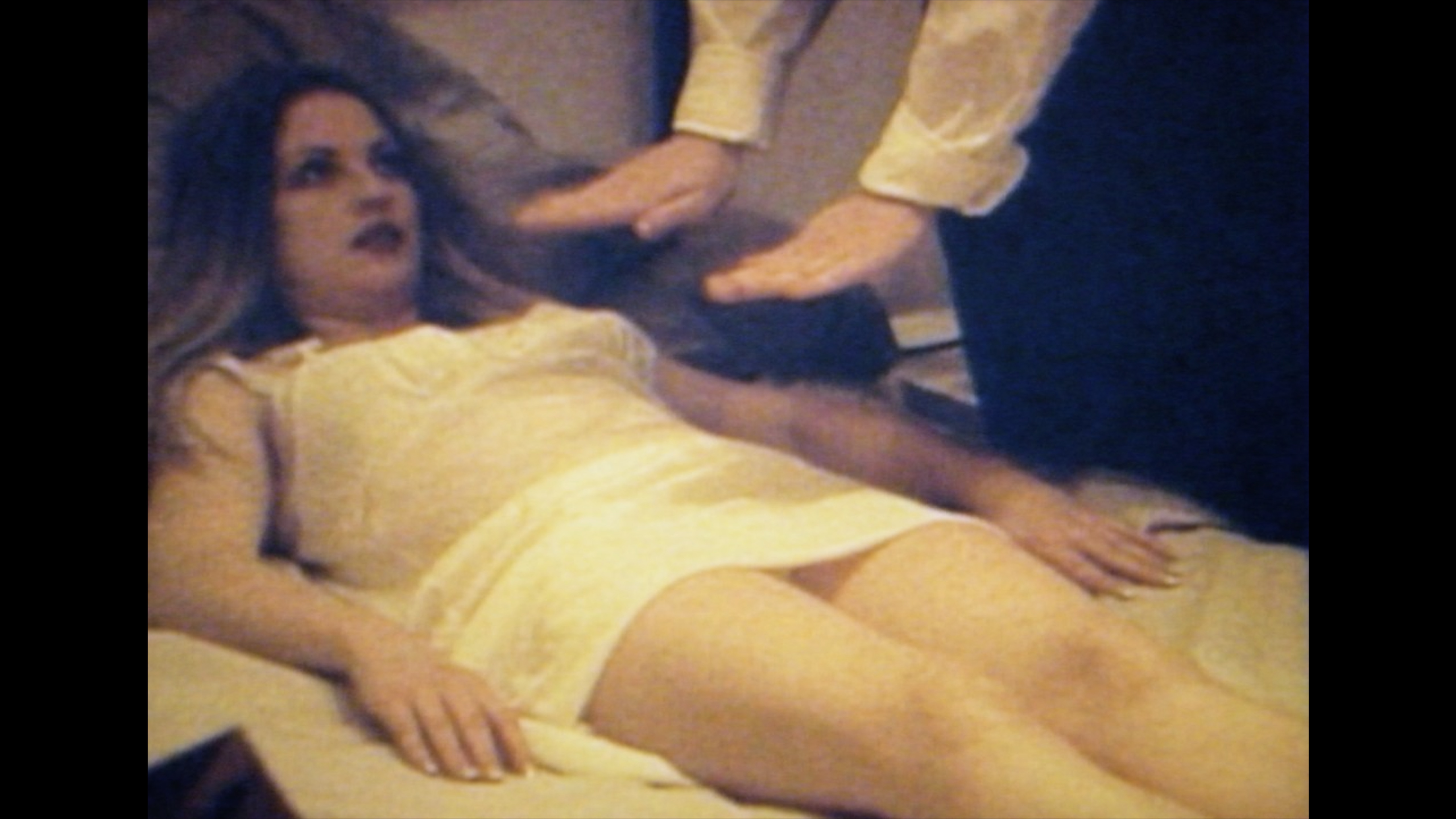 Prolific experimental filmmaker James Fotopoulos is responsible for some of the most singular cinematic outputs over the past two decades. While a major portion of contemporary experimental film has moved away from conceptual projects in favor of tasteful diaristic recordings and demonstrating alternate viewpoints to the everyday, Fotopoulos has challenged himself again and again to uncover new grounds enabling him to express his vision in fresh ways. Residing in a unique space between installations, contemplative cinema, video art and abstract film, more often than not each new Fotopoulos work is so different to the rest that it’s hard to fathom how they could coincide within a single oeuvre while simultaneously being instantly recognizable as his. His body of work may seem inconsistent at first glance as a result of adapting (and creating) so many distinct means of expression, but even without investigating overreaching concerns, it contains some of the most significant works created in this period.

Earlier Fotopoulos films such as Zero and Migrating Forms might be his best-known works to this date. These works can be reductively categorized as ‘body horror’ although they are executed with far more rigor than what you see in even the works of premier practitioners of the genre. These works have been hailed for their masterful description of transformation, psychoanalysis and alienation from nature (which are indeed hard-hitting) but they also conceal sophisticated formal patterns especially regarding exploration of closed-spaces, changing patterns of light and distillation of acting into performance art. Such elements come to the fore in the period directly following these works, most pointedly in first half of 2000s. Strangely enough, as Fotopoulos let the trappings of narrative genre cinema fade away (what little of it he allowed in the first place), his works began demonstrating increased control over his craft. While it was felt that earlier films were following a preset structure in breaking down illusions of normality, later works are instead molded directly in whatever image Fotopoulos desires himself. Simply put, his later works are obsessed with perpetually making and breaking their own systems, a highly exciting feat rarely found since the heyday of structural film in 70s.

The struggle to simultaneously create forms and escape them is perhaps most explicitly stated in Hymn. Starting with a low-frequency droning noise over a black field, the film introduces layer upon layer over its running time. Intensifying flickering light-rays slowly replace the droning sound as the dominant element, forming more recognizable images in the form of painted landscapes which are alternatively romantic and foreboding. This twenty-minute long pattern repeats itself the other way round at the end of film. In between, there are elongated sessions of a couple fucking amidst all the obscured landscapes and lights, bookended by painted mask figures hilariously looking on in bewilderment. Bringing distinct elements together in a perfectly coherent mixture (not just formally, but also as an experience where nothing ever feels out of place) can be viewed as a microcosm of Fotopoulos’ cinema itself but more interestingly it suggests that the struggle to break governing forms, to look beyond them is perhaps easier achieved in theory than practice. No matter how many structured layers of abstraction Fotopoulos’ employs, regardless of how pleasantly abrasive repetitions wash over the viewer like waves, the core image of the film remains the action of fucking in itself. The forms don’t transcend here, they flat-out break in the face of their own incapability. Yet, the experience of viewing the film itself is undeniably mind-altering.

This duality is seen again and again in films from this period. There are suggestions of three-act pseudo-narrative structure in Back Against the Wall and The Nest. However, these acts don’t follow each other so much as they flow into (and out of) each other. They are almost Beckettian renditions of earlier works where the performances and spaces are so stripped down that the horror only creeps in from outside of the screen, which in case of The Nest may even be quite literal in the forms of animated figures, painted film and aural waves. They also demonstrate an uncanny quality in letting unremarkable images unwind in time as overwhelming if the viewer is willing to actively participate in the experience.

Both of the aforementioned qualities culminate in Jerusalem, as unrelenting an investigation of the gaze as anything Stephen Dwoskin has made. An almost architectural study in the recording of bodies and gestures as isolated and then interconnected elements, the film entirely resides in the space between onscreen figures and the viewer, constantly questioning the act of recording and looking, of perceiving itself. There is absolutely no reason such an outlier film would function so coherently, but every single image here feels like the perfect continuation of the last. Indiscernible audio recordings no doubt act as the glue here, but even then the dialectics are not established within the overreaching structure of the film anymore, but on a shot-by-shot basis instead. When the film reaches its coda, a series of disjointed gestures, the experience of viewing it becomes almost heartbreaking when it should have been nothing.

The fact that Fotopoulos’ has found still new ways to go from here is much to his credit. Christabel is perhaps his most instantly pleasant film; a masterful balancing act between Coleridge’s ideas of vulnerability and desire and the concept of incapability in breaking free from the cell of systematized thoughts in favor of the promise of being one with (our) nature. This is also where Fotopoulos clearly states that he is dealing with illusions, with phantoms. Of course every figure that is filmed is a vessel of light, but it is here that they are burning in it. As subjective, as idiocentric as this cinema gets, ultimately what it achieves is essentially then peeling away layers, exposing perceived systems, breaking them. What remains is the experience that can only be attained by letting go, which is indeed mirrored in the construction of the works themselves. Rigor is not to keep the viewers out, but indeed to draw them in.