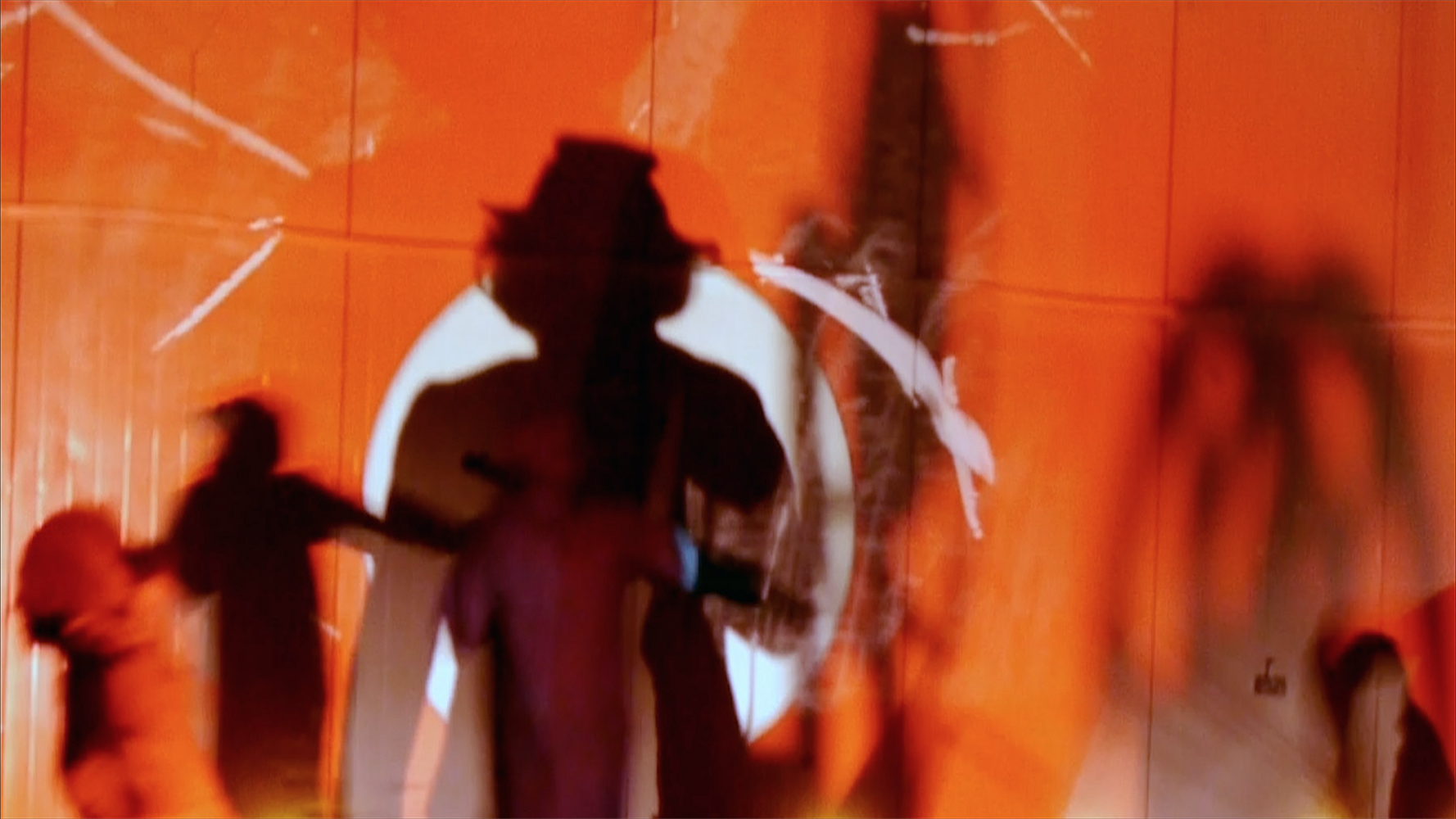 Compress humanity into an instant and enclose it. What we see, the places we belong to, our own existence, all this has an origin and it is by following certain logical sequential stages that we can return to the beginning, to an era when a simple mind can move a mountain and where stars, rocks and trees can innocently co-exist.

Open Night Cinema (filmmaker Michael Higgins and actor Cillian Roche) devise and conduct an evocative experience that becomes a way to celebrate the myths of their own Irish culture through a show that uses cinematography as the key element to sensationally transform the mindset of John Moriarty, as found in his first published book – Dreamtime. ONC create a seditious image, experimenting with the subject and with the technical ways employed, bringing Moriarty’s writings to the like of an inebriated, obscure ritual where the evocative force of the prophetic word melts with the aggressiveness of the scenic section (lights, colours, panels, etc.). The notion of Dreamtime could be described as an era or dimension prior to human prehistory and inhabited with the existence of formless beings and abstractions or substances instead of physical bodies; deities represented by the basic elements, water, fire and air.

What pre-exists logical thinking, the so-called “event”, or in this case the “displayed”, is nothing but the evolution, the revealing of anguished stories represented in a chaotic and scatterbrained form, legends that turn that inexplicable arch of time into an instrument of critical analysis of the universe and the laws that govern it. The uninterrupted projection of images, the dynamism of the camera movements, the makeup and costumes recall indigenous traditions that create a sense of hallucination that, in a way, both constitute it and precede it. Nearly entirely preformed through improvisation it contests with the concept of any formal dialectical method (inevitably allowing the form to become the main contextual way of communication). It refuses to declare a specific grammatical expression and through this denial it is already an archetype of linguistic evolution. The action and reaction of performers, the light and dark within the space and the resonance produced by the spoken words acquire an awareness of the filmic object.
These articulated gestures continuously impose themselves on the audience, incorporating a raw, primitive expressiveness that moves around tones of a musical territory in continuous metamorphosis, in an unfolding stream. The improvisation becomes an instrument for the conceptualisation of the spoken word, and becomes a mystic journey with an aim to explore the roots of the Motherland Fodhla (Ireland, the word deriving from Irish mythology and the namesake Goddess). It is the fulcrum of the experimental cinema, demolishing every communicative filter by using the subject for its meaning and entity.

This said, ONC’s 6 months of practice prior to the performance of Stone Boat Exhausted embodies not only the new definition of a national and universal past but, above all, a total re-definition of the method of cinematographic fruition of any work inherent of the subject in question. Epic!

Cinepaxy also listed Stone Boat Exhausted in at No. 2 of the best films of 2016.